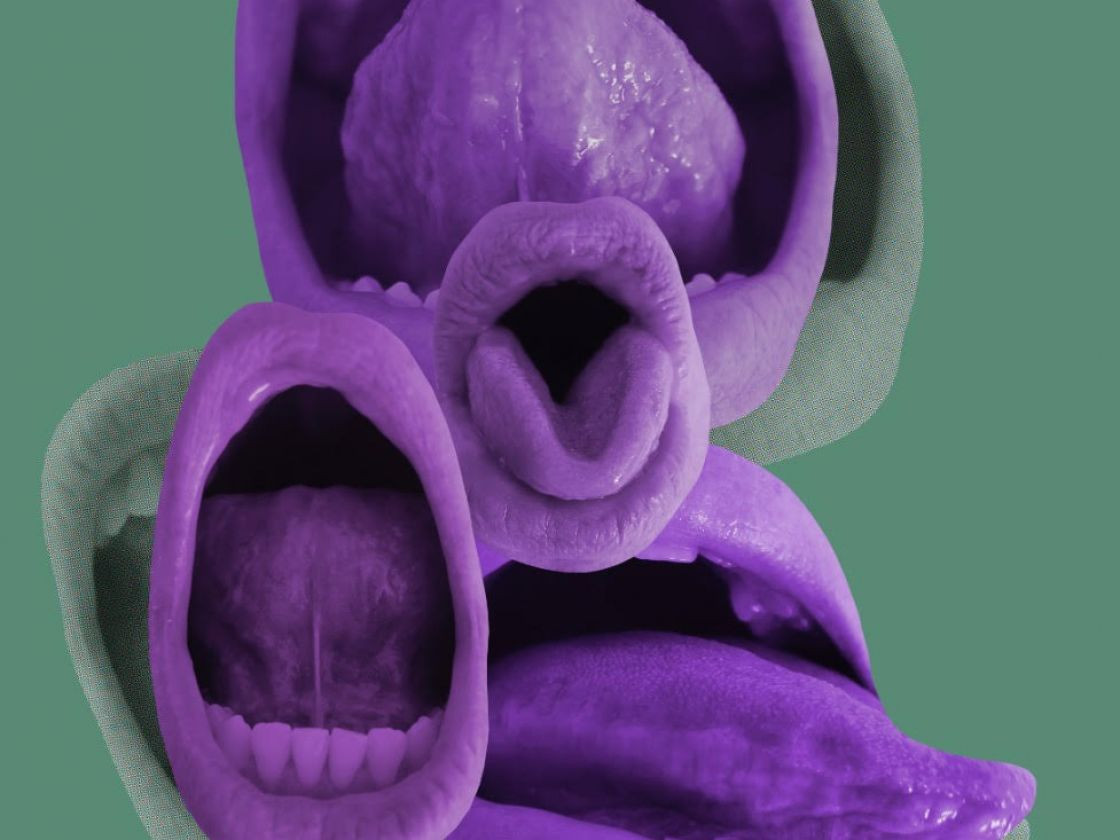 Language has infested the world. It is a virus that has spread everywhere and infiltrated us. In Overtongue, Michelle Moura plays with confusion of meaning and the disembodied voice, which can be read as a response to the information chaos and increasing polarization of our time. The choreographer uses ventriloquism as a tool to deal with an unusual sensuality of the voice. With an enraptured, misleading language and physical as well as vocal dissociations, she composes body landscapes that are characterized by the mechanical and grotesque. In the performance, the chimerical body is a network that is possessed by voices and speaking tongues – and at the same time becomes something else: perhaps alive, perhaps dead.

MICHELLE MOURA was born in Brazil and has lived in Berlin since 2017. Central points of her work are the physical, affective and neurological abilities of the body. Her performances have been presented at international festivals for dance and performing arts, including Impulstanz (AU), Panorama Festival (BR), La Biennale di Venezia (IT). As a performer she currently works with Lea Moro (CH) and has collaborated with Wilhelm Groener (DE) and Vincent Dupont (FR). She completed her master’s degree at the School of Choreography (2015-2013), Amsterdam.

A production by Michelle Moura in co-production with CND Centre National de la Danse Pantin (FR) and Something Great (DE). With the kind support of Copel (BR), Profice Paraná (BR) and residencies at Lake Studios (DE), STUK (BE), Fabrik Potsdam (DE), Tanzhaus Zurich (CH), Traumabarundkino (DE) and Vooruit (BE). The 30th edition of Tanztage Berlin is a production of SOPHIENSÆLE. Supported by the Senate Department for Culture and Europe. With the friendly support of Tanzfabrik Berlin e.V., Theaterhaus Berlin Mitte and Förderband e.V./Berliner Spielplan Audiodeskription. Media partner: taz. die tageszeitung